On August 16, 2016 we received an email from Eric Babbitt, Manufacturing Engineer for Burris Optics. Eric explained that Burris was having quality issues with plastic shims used in the manufacture of their scopes, the main problem was debris from the burrs on the shims which came off during assembly and testing. Eric wanted to know if QDP, Inc. could stamp plastic shims of better quality. He sent us a drawing of one of the shims that we looked at and replied that we felt confident we could produce parts to the required specifications. On August 31st we shipped sample parts to Burris and after inspecting and testing the shims we received a PO from Burris to build tooling and produce the first of seven different parts all of which have met Burris’ specifications. 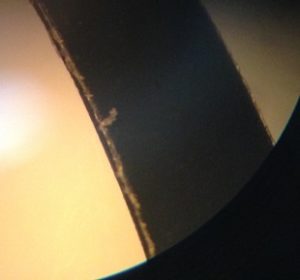 On July 27, 2017 we received the following from Eric Babbitt. 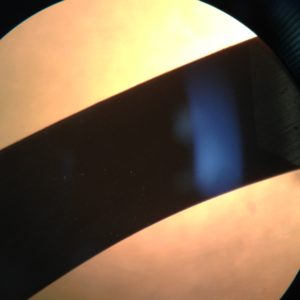 Here at Burris Optics we had been using a low cost vendor for a number of our plastic shims. These shims are used as cushions between glass and metal with the purpose of reducing microscopic debris generated under recoil which is very evident when magnified by lenses within the optic.

While the low cost was attractive we ended up with parts that were run at the very limit of tolerances or slightly out of tolerance after only a few orders. Also we incurred high rework costs as there was more debris generated than was reasonable. After microscopic investigation we found the debris was actually all over the plastic shims when they arrived. The plastic was shedding little bits at the same time it was reducing any glass dust which resulted in a worse flow through. Our old vendor seemed uninterested in working to improve their product for us.

After getting in touch with QDP they worked with us to create shims which were very clean and well within spec. We’ve had a reduction in debris with no shedded plastic and no fit problems since switching to QDP. QDP is well worth the extra cost per part. I highly recommend giving QDP a try if you’re in need of accurate clean plastic parts.
Eric Babbitt, Manufacturing Engineer
Burris Optics